Many people in the social media world are becoming more concerned with building communities around their brands and less concerned with striking gold once with viral content. Enter Facebook groups. The current thought is that “virality” is not sustainable and is limited in terms of what it can do for you. Also, people tend to click once or twice on something that is viral. However, a sense of community is what keeps them coming back.

With creating and sustaining community in mind, Facebook is starting to push groups.

Facebook has transformed, many say in a negative way, since its rapid climb to popularity over a decade ago. It started off as a fun way to stay connected with friends and family. But things have changed.

Facebook has weathered numerous scandals, such as the Cambridge Analytica Scandal. In the wake of that scandal, it was revealed that the personal data of Facebook users was being leveraged to manipulate voters. It caused Facebook to lose about a million daily users in North America alone.

People are no longer excited about Facebook and they are often suspicious of any move the company makes. Recently, Facebook has been working to potentially enter the world of cryptocurrency with the Libra Coin. This has received a very mixed reaction.

It is also losing popularity amongst younger demographics for a number of reasons. They don’t think Facebook is cool anymore and prefer sites that are more fun and give them more creative control, like TikTok and Instagram. In fact, in 2012, 94% of American teens said that they used Facebook. As of 2018, this number dropped to only 51%.

Also, many users have become burned out on Facebook. As it has blended with both digital advertising and the news cycle, many people have found it to become a major source of stress.

Researchers at the University of Queensland in Brisbane, Australia found in a study of over 130 participants that after 5 days off Facebook, subjects had lower levels of cortisol. Cortisol is a stress hormone tied to a weakened immune system, weight gain, and impaired cognition.

Even at the top, Facebook is unpopular. The founders of Instagram quit after Facebook acquired the company. After the founders of WhatsApp made billions selling to Facebook, they admitted regretting it and have also publicly spoken out against the company.

It is not uncommon to see various publications and sites speak negatively of the platform either. Some have even compared Facebook to a monster with “data-sucking tentacles.”

Facebook knows it’s having an image crisis. It knows that many users are suspicious of it at best, and abandoning it at worst. The company has to make fundamental changes to make the platform enjoyable for users again.

Facebook has been struggling with this for years. It even introduced the Stories feature to try and combat the fact that its original purpose, which was to help people connect with each other, has become lost.

“Now we’re focused on building the digital equivalent of the living room, where you can interact in all the ways you’d want privately…from messaging and stories to secure payments and more…we’ve redesigned Facebook to make communities as central as friends.”

Ultimately, Facebook is trying to tailor its platform so users see more of who and what they individually want to see and is relevant to them, and less of what they do not want to see.

After all, it is “social media.” Community is a key part of what makes things social. Facebook has actually been making shifts to try and create a more intimate and relevant experience for users for a while.

So, what does all of this mean for brands?

How Brands Can Keep Up

Many brands use social media to build community, boost conversions, and spread awareness of their products and services. When significant changes happen on the platforms they use, many often go into panic mode. After all, change can be anxiety-inducing.

However, on the opposite side of things, algorithm and platform shifts can provide brands with new opportunities to connect with their target audience. It all comes down to knowing how to leverage them.

Keep Sprout Social‘s SMART framework in mind when you set your goals for using Facebook groups.

Here are some things brands can do to roll with the punches and get the most out of this shift to emphasizing Facebook groups.

Obviously, if Facebook is moving in this manner, and other social platforms may shift to emphasize community-building, you don’t want to be left behind. This is an exciting opportunity for you to create and facilitate a group all of your own. If it makes sense for your brand and business, this can be a powerful move.

However, creating a group might not make sense for every business or digital brand. If you feel that you fall into this category, do not worry. Starting and running your own group is not the only option you have. There are other ways you can take advantage of this Facebook shift.

Likely, many other businesses in your niche will be starting Facebook groups for the exact same reasons you have probably considered it. Eventually, businesses and others may even create groups based on certain topics or events relevant to your industry.

Even if you are not ready to start a group of your own, or do not think it is the best course of action for your brand, you should join the fray by participating in other key groups.

Remember, being social is the key to social media. If you post all the time but no one responds, and you never get involved in actual conversations, you are essentially talking to yourself. This will not help your business grow.

You can enable a few employees or even influencers to engage in relevant groups on behalf of your brand. Look for the groups in your niche with the largest communities and most engagement. Engage in conversation with them.

Also, have an employee check in regularly to see what people in the groups are talking about. This can be a great way to keep up with the buzz. It can be a part of your overall social listening strategy.

If you have a representative already engaged in the group, they can organically build your brand’s credibility. When they see a question asked in the group that is relevant to your company, they can jump in and answer. If they provide relevant and useful info without being pushy or “salesy,” this will look great for your brand.

Facebook is making big changes and while many marketers might be nervous, they actually might benefit many brands. However, if you are prepared for the shift to Facebook’s emphasis on groups and know how to leverage it, you will be ready to make magic happen for your digital brand.

Digital Delane / About Author
Digital Delane is a full-service LA-based digital agency serving clients across the US and beyond. Our talented team provides comprehensive digital marketing strategies designed to elevate brands and convert audiences into loyal, engaged brand advocates and customers.
More posts by Digital Delane
SUBSCRIBE TO OUR FREE NEWSLETTER 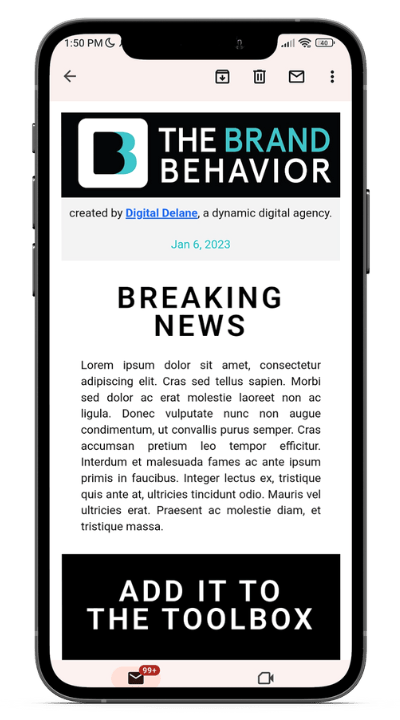